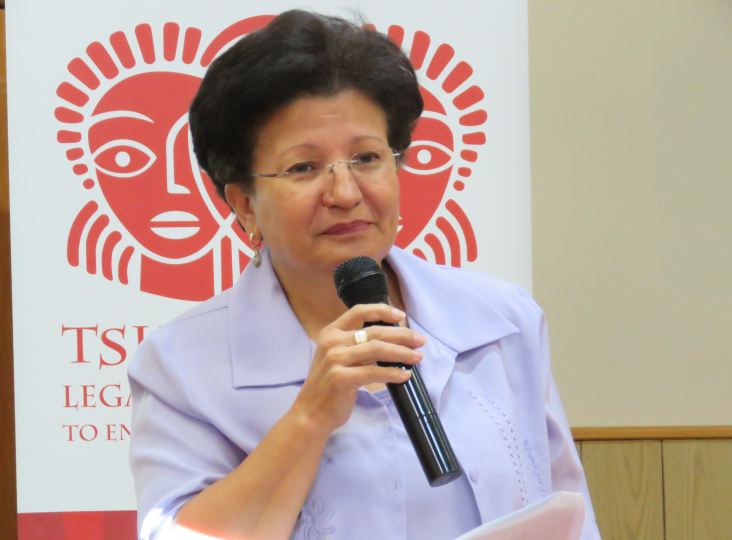 It would be great to start my speech by saying it is a great honour to be addressing a room full of common minds from various sectors of our communities. However, it cannot be a pleasure or an honour to be speaking on the interlinkages of alcohol use and Gender Based Violence, because it is a scourge terrorizing our communities and homes.

It is a challenge that I would hope we did not have to gather to discuss but I am glad that we are not shying away from addressing challenges facing our communities but facing them head-on.

Ladies and gentlemen; violence against women, or gender-based violence remains a serious problem globally while the country and our Province are not immune to the scourge. Substance abuse is not only a challenge in society but a threat against democracy and a better life for all.

Gender based violence – whether it is caused by a single act or systematic patterns of violence – is not caused by any single factor. Rather, it is a combination of several factors that increase the risk of a man committing violence and the risk of a woman experiencing violence.
Mothers, families and our children are brutally threatened with violence related to substance abuse and it needs to stop. The only way for this to stop is for continued united action against alcohol abuse and gender based violence to take place.

In one way or another, all South Africans are affected by the consequences of crime. Most people feel that crime has reached unacceptable magnitudes and that the root causes should be addressed as a matter of great urgency. Clearly government alone, although ultimately responsible for crime prevention, cannot be expected to fight crime in isolation.

Fighting crime goes beyond law enforcement as it encompasses social factors such as substance abuse, poverty, unemployment and moral decay that also need to be addressed.
Addressing the social ill of alcohol abuse and gender based violence in the Northern Cape Province needs an integrated approach between government, civil society and business.

Unfortunately, the Northern Cape Province is known as a very violent Province. Research done by the Human Science Research Council (HSRC) indicates that there is a definite relationship between the level of drug/alcohol use and crime, especially violent crimes. Therefore, there needs to be a definite focus on alcohol and drug abuse in the Province.

The Northern Cape Province is again painted with a brush of violent crimes like murder, rape, child abuse and assault. Researchers Antionette Louw and Mark Shaw indicate that these crimes are largely associated with alcohol and a familiarity among victims and offenders in their article titled, “Contextualizing Crime and Poverty (1997:1).”

The debate continues when Assistant Commissioner Chris de Kock, Head of Police Crime Statistics, who made a statement during April 2007 at the Launch of the Centre for Justice and Crime Prevention (CJCP) Crime and Victimization Mapping Tool when he indicated that 80% of social contact crimes were driven by alcohol abuse.
“The crime happens within the circle of friends, within the family. It’s because people are drinking heavily and using drugs and start fighting. That’s how they end up drunk and beating or killing their wives and raping their babies.”

Research done by the Department of Social Services and Population Development in the Province, Substance Abuse in Siyanda District, indicate that “Alcohol and other drug abuse remains a leading cause of crime, poverty, reduced productivity, unemployment, dysfunctional family life, the escalation of chronic diseases such as AIDS and related health factors, injury and premature death”.

This to me indicates that alcohol is the main contributing factor to domestic violence and other contact crimes.

Standing here and quoting all this research that has been done on alcohol related crimes will just prove what you already know and see happening in our communities, that there is commonly a link between alcohol and domestic violence.

Ladies and gentlemen, we need to rise and fight alcohol abuse. We need to take responsibility, not only for our own lives but our communities.
These are the same communities we should be proud of and know that our children will live safely in them but if we sit and do nothing, we are bound to live in crime and alcohol ridden societies.

Ladies and gentlemen, I must indicate that liqour traders need to be responsible traders and not sell alcohol to underage persons or pregnant women as it causes Foetal Alcohol Syndrome in pregnant women which causes harm to their unborn babies.

Law enforcement needs to happen without fear or favour and responsible drinking needs to be inculcated amongst those consuming alcohol or else we will find ourselves living in a lawless society.

Substance Abuse programmes needs to be an integrated approach by government, non-governmental agencies and communities. As we sit here together, amongst trailblazers in the various fields, I believe we can make a significant contribution towards the decrease of alcohol abuse and gender based violence, or any other form of violence for that matter.

Ladies and gentlemen, the Department of Transport, Safety and Liaison has programmes running in support of the fight against substance abuse and domestic violence.
As a Department, we have enhanced our alcohol abuse programme to focus more on children and youth, and have ensured our active participation in raising awareness in communities of substance abuse and domestic violence.

We have also mobilized our Community Police Forums to
become more vigilant in addressing alcohol abuse through
programmes and projects at local level.

We need to mobilize church leaders, artists and communities to get involved in the fight against substance abuse and gender based violence in our communities. It stops with me and it stops with you, we all have a role to play.
Ladies and gentlemen, together working in the fight against alcohol abuse and gender based violence, “we can move South Africa forward to a crime-free and safe country.”
I thank you.