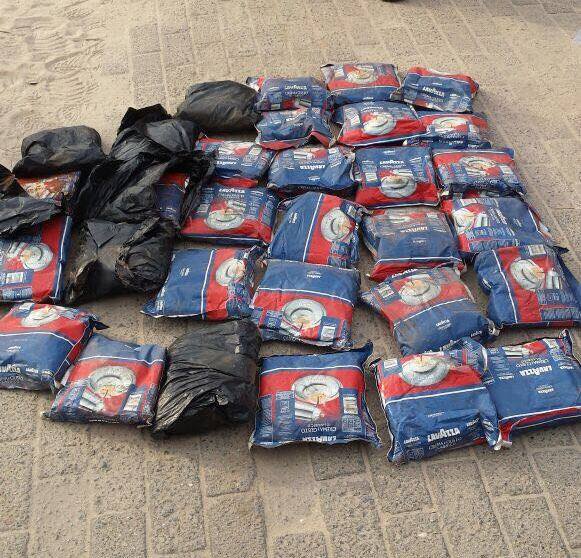 The Richards Bay Organised Crime Unit members in conjunction with the Crime Intelligence officers in Empangeni and Pretoria have arrested three men following the discovery of heroin worth R104 million on Monday.

Members of the Pretoria Crime Intelligence had gathered information about a vehicle which was going to enter South Africa through the Kosi Bay Port of Entry with drugs. The Task Team at the port of entry was immediately activated and the described vehicle was stopped and taken to a nearby police station for a thorough search.

Several bags of drugs which were allegedly fetched from Mozambique were found concealed inside a make-shift compartment underneath the vehicle. A 27-year-old man was immediately arrested. Intensive investigations then led the Hawks to Gauteng where two suspects, aged 24 and 29 years, were arrested. They were found with R50 000-00 in cash.

The two suspects will appear before Johannesburg Magistrate Court today and their case will be transferred to Emanguzi Magistrate’s Court where they join their accomplice on Thursday, 15 June 2017.

Suspects arrested by Kagisho police for possession and dealing in drugs.