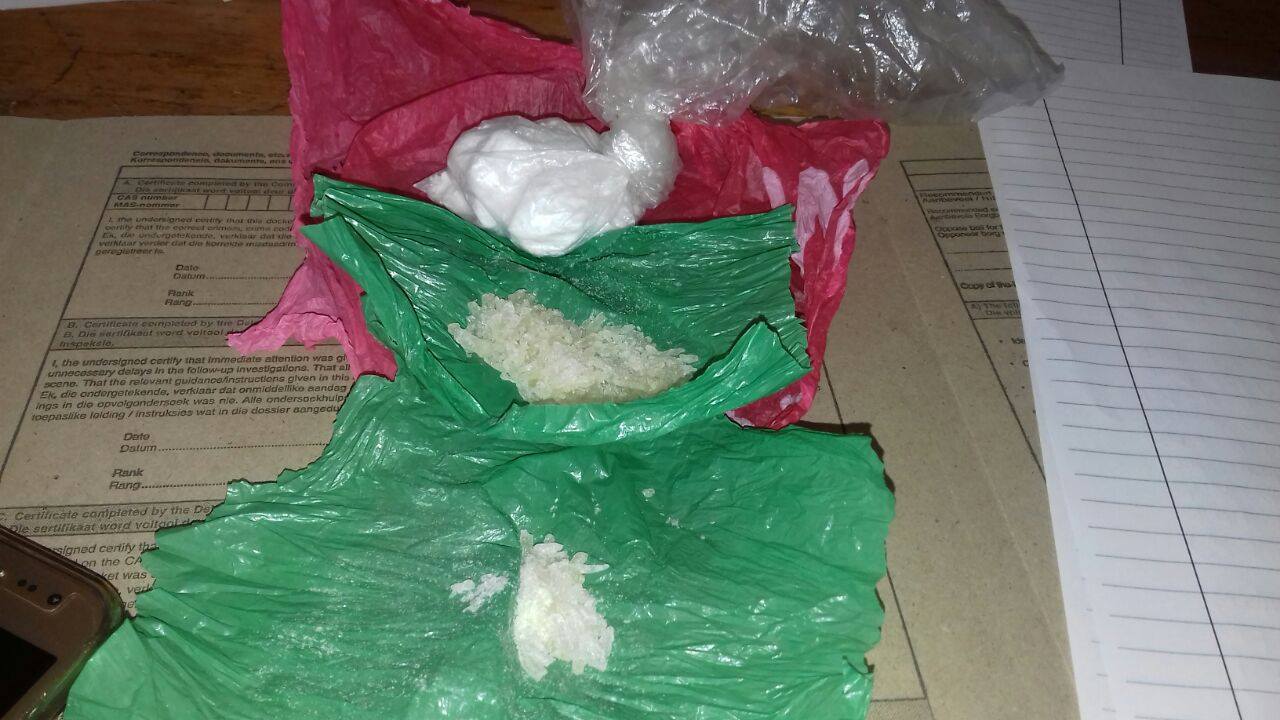 It is alleged that the man is a wanted suspect for intimidation and malicious damage to property on a domestic violence case.

The members allegedly found him at his residential place but got suspicious when they saw a step ladder on top of the bed. They took the same ladder and searched on the roof as the suspect is also known for selling drugs.

They allegedly discovered Cat weighing 16.01g and tik weighing 7.3g. All drugs confiscated are estimated to the street value of R7 000-00.

The suspect is expected to appear in court on a charge if dealing in drugs soon. 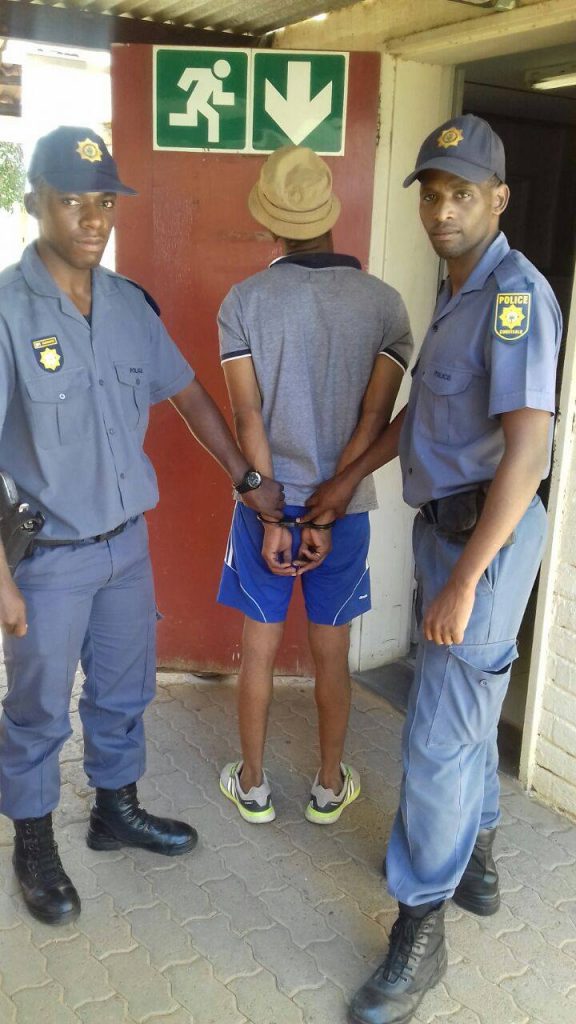 Drug arrest made outside Eastgate Hotel