BREAKING NEWS
GMT+2 06:28
Home Breathalyzers 87 Arrested for being over the limit on Western Cape roads 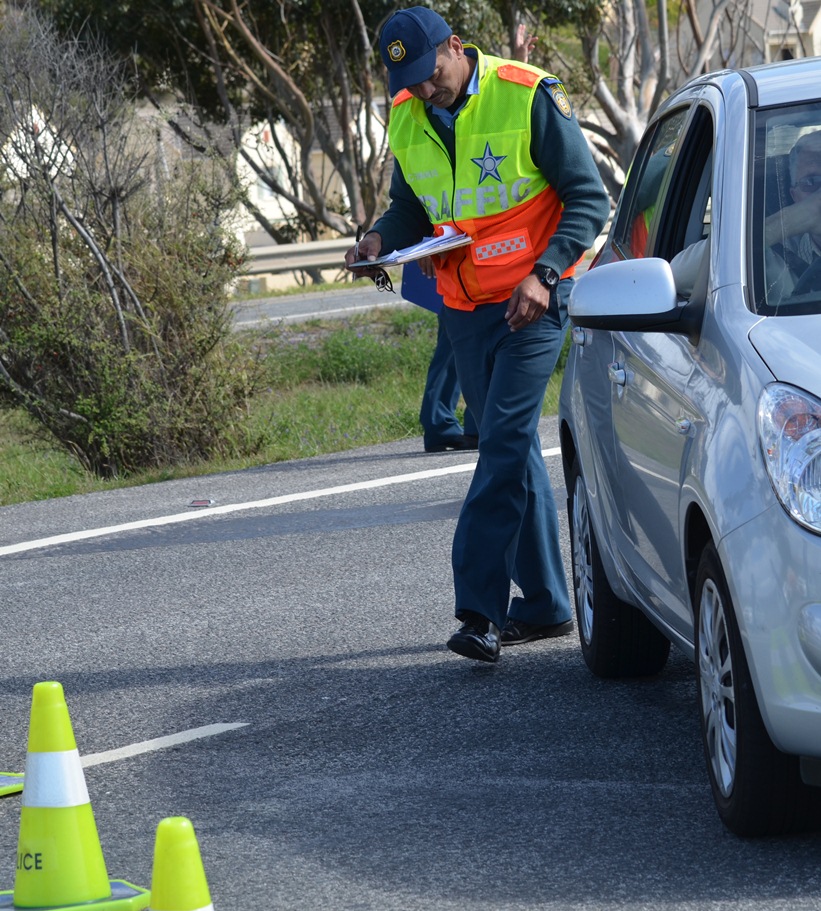 87 Arrested for being over the limit on Western Cape roads

Provincial Traffic Services have been working around the clock to help create safer, booze-free roads. Officers do not hesitate to arrest drivers for if they are suspected of driving under the influence of alcohol or other intoxicating drugs. Drunk drivers put their own lives and those of their passengers in danger, as well as the lives of other road users.

In the last seven days, traffic officers stopped a total of 27 912 vehicles in roadblocks across the province. Alcohol breath-testing was performed on 5 089 motorists and 87 were arrested for being over the limit. Somerset West traffic arrested the most drunken drivers (19). The highest breath alcohol reading was recorded in Somerset West. At 1,81 mg of alcohol/ 1 000 ml of breath, this is almost seven times the legal limit of 0,24 mg/ 1 000 ml.

A total of 2 473 vehicles were tested for overloading at the Department’s weighbridges, and seven were impounded. A total of 71 vehicles were suspended from using the road until they have been certified as roadworthy and owners have renewed their vehicle licences. The largest number of suspended vehicles (15) were recorded in the Laingsburg service area.

A total of 1 784 vehicles were stopped in Average Speed Over Distance (ASOD) traffic law enforcement operations and 141 speeding offences were recorded. One driver was arrested in the Somerset West service area in connection with a false licence disk.

Another 28 arrests were made in connection with false documentation, alleged bribery and minibus taxi/ public transport permit-related offences. The suspects are expected to appear in court soon. 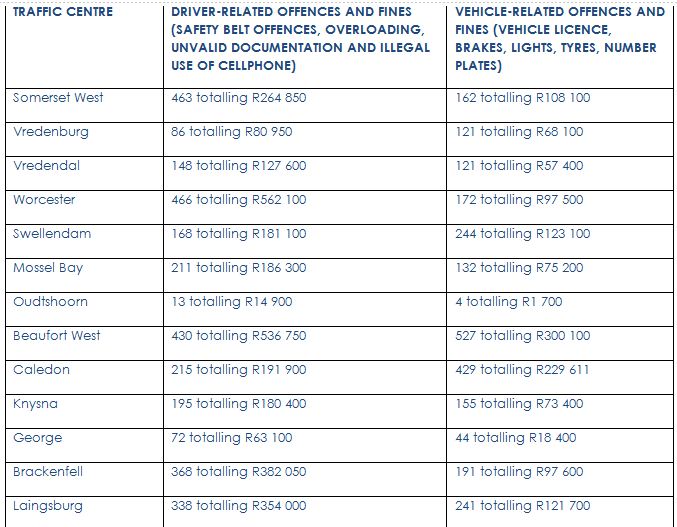 Help us to create booze-free roads. The simple fact is that alcohol and roads don’t mix. Whether you are driving, walking, or riding a motorbike or bicycle, even small amounts of alcohol can impair your ability to make decisions, operate a vehicle, or walk safely near traffic. If you have friends or family who still drive under the influence, speak to them before they get into trouble with the law.