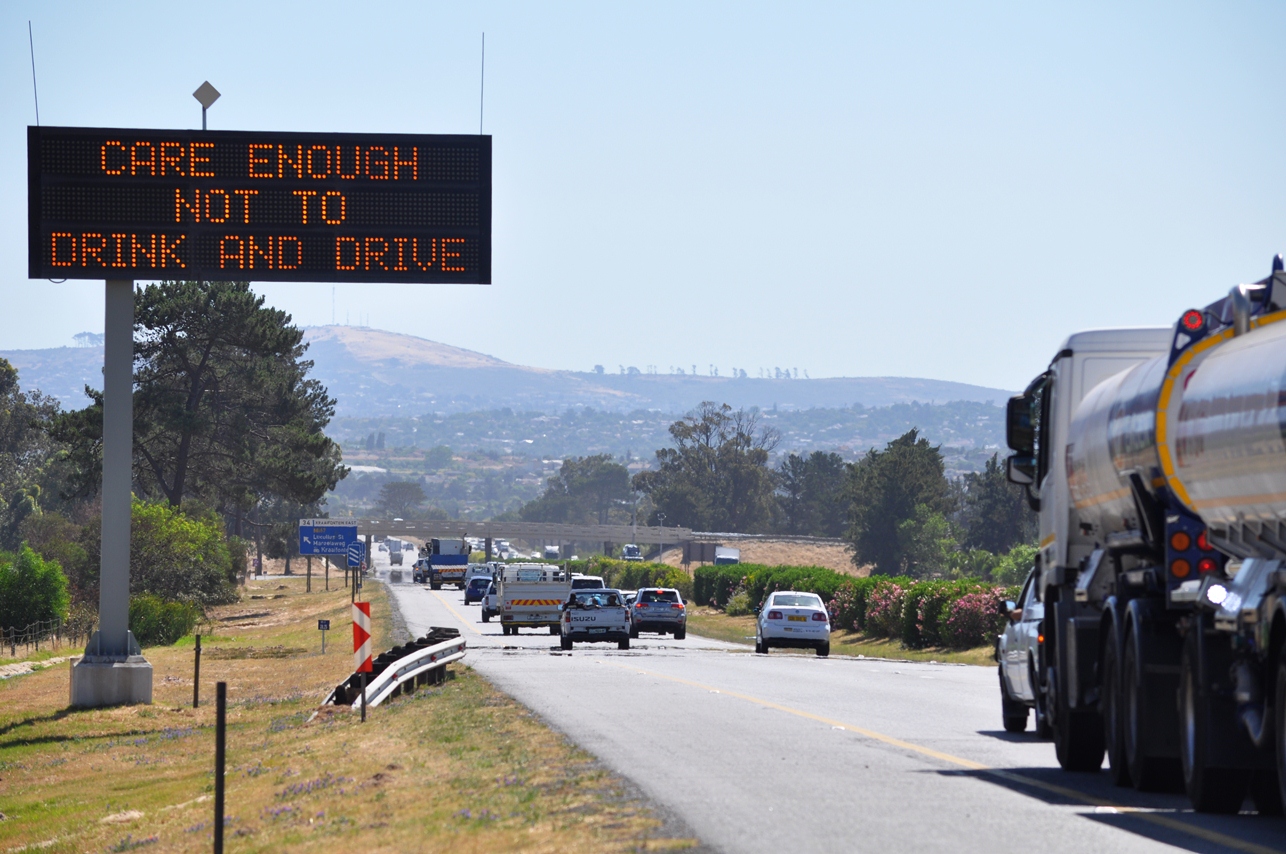 Provincial Traffic Services arrested five motorists this week for allegedly driving under the influence of alcohol. Traffic officers arrested a total of 109 drunken drivers in the first three weeks of January.

Since Monday, 18 January 2016, traffic officers have stopped a total of 14 717 vehicles in roadblocks across the province. Alcohol breath-testing was performed on 1 305 motorists. The highest breath alcohol reading was recorded in Somerset. At 0,89 mg/ 1 000 ml of breath, this is over three times the legal limit of 0,24 mg/ 1 000 ml.

A total of 10 vehicles were impounded for being unlicensed and/ or unroadworthy. The licences of 22 vehicles were suspended until they have been certified as roadworthy and owners have renewed their vehicle licences. The largest numbers of suspended vehicles (10) was recorded in the Somerset West service area.

A total of 4 671 vehicles were screened for speeding and 372 speeding offences were recorded. Speeding fines in the amount of R20 300 were issued.

Help us to create booze-free roads. The simple fact is that alcohol and roads don’t mix. Drunk drivers put their own lives and those of their passengers in danger, as well as the lives of other road users. By taking the decision not to drink and drive, and sharing your decision with your family and friends, you can influence the behaviour of others in a positive way.

Motorists can make themselves and others safer by buckling-up in the front and back at all times, driving carefully and considerately, and always remaining within the speed limit.

Man arrested in possession of Mandrax and dagga at Phomolong, Kagisho.