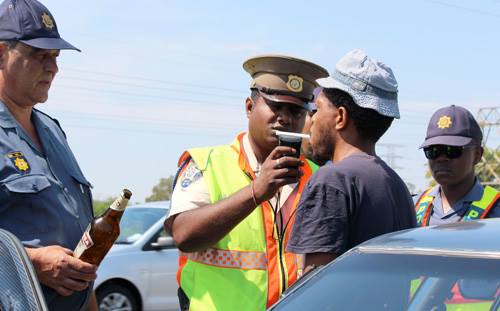 Since Monday, 11 April 2016, traffic officers have stopped a total of 15 047 vehicles in roadblocks across the Western Cape. Alcohol breath-testing was performed on 1 904 motorists. The highest breath alcohol reading was recorded in the Mossel Bay service area. At 1,13 mg of alcohol/ 1 000 ml of breath, this is almost five times the legal limit of 0,24 mg/ 1 000 ml.

A total of three vehicles were impounded for being unlicensed and/ or unroadworthy, two of them in George. The licences of 14 vehicles were suspended until they have been certified as roadworthy and owners have renewed their vehicle licences. The largest number of suspended vehicles (4) was recorded in the George service area.

Two other arrests were made – one for reckless and negligent driving in Worcester, and one for excessive speed in Beaufort West (170 km/h in a 120 km/h zone). The suspects are expected to appear in court soon.