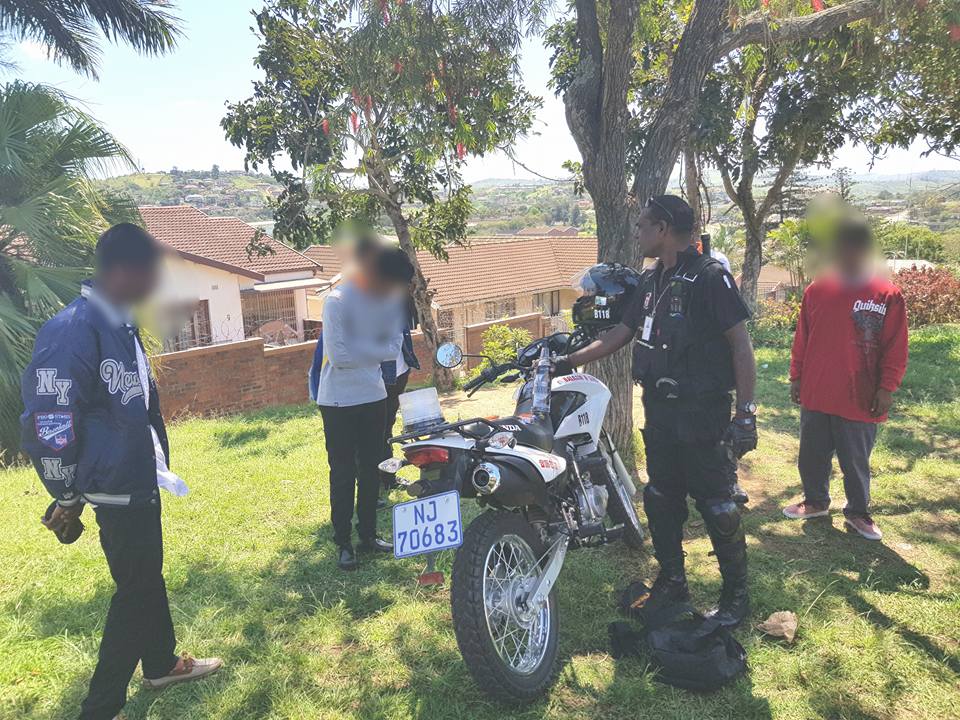 Bunking scholars found in possession of alcohol and marijuana in Verulam

Members of Reaction Unit South Africa were called out to Russom Street in Verulam after receiving a call from a resident reporting 6 scholars behaving in a suspicious manner a short while ago.

Upon arrival Reaction Officers found the scholars, which included one female, in possession of a bottle of Vodka, cigarettes and a wooden pipe used to smoke Marijuana. They were dressed in their school uniform and claimed that they had paid a car guard in the Verulam CBD to purchase the alcohol for them after they had decided to bunk school today. They were in the process of consuming the alcohol when they approached by the Reaction Officer.

The scholars were led back to their school and their principle decided to deal with the matter internally.

Bunking scholars found in possession of alcohol and marijuana in Verulam https://t.co/eqbjI6BYNC#ArriveAlivepic.twitter.com/EmWf0xKuRb

Suspects arrested by Kagisho police for possession and dealing in drugs.