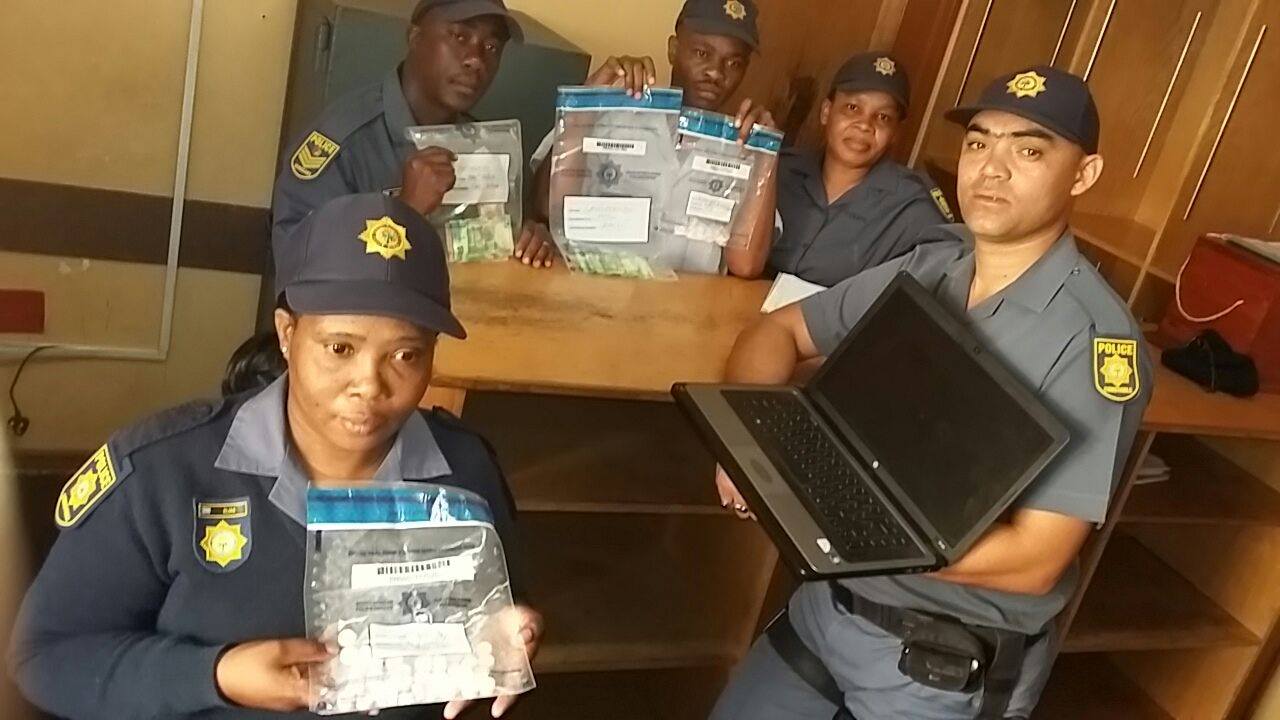 Posted By: jonckieon: May 17, 2016In: Drugs, Enforcement
PrintEmail

Yesterday, 16 May 2016 at about 11:00, Police followed up on information regarding drug sales at a shanty in Recreation Road, Florianville, Kimberley. During the raid, police found two suspects in possession of 20 sachets of Tik and 40 Mandrax tablets, including an undisclosed amount of cash. The approximate street value of the drugs is R8 000-00. Both suspects were charged with dealing in drugs.

Shortly after the arrests, the same Crime Prevention Unit members spotted two suspicious suspects and they immediately stopped and searched them and were found in possession of a suspected stolen laptop, stashed in a bag. One suspect fled the scene and the other one was arrested. All suspects are expected to appear before Kimberly Magistrates Court.