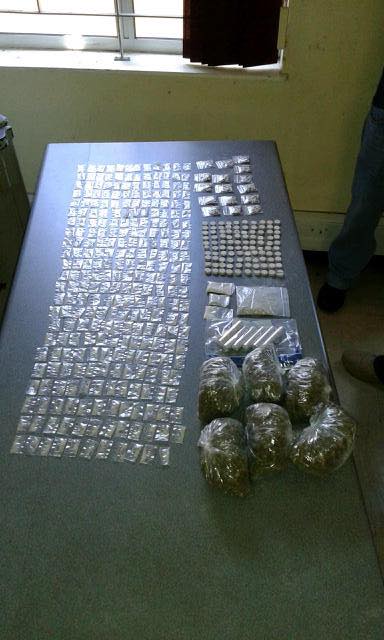 On Friday, 2015-12-18 at about 09:55 Grassy Park SAPS members in conjunction with Law Enforcements and Metro Police went to a residence of a well known drug dealer in Parkwood Avenue with a search warrant. The residence was searched but nothing was found. When members searched the yard down stairs with the assistance of a narcotics dog, various drugs were found including tik, whoonga, dagga and mandrax tablets, no one was found near the drugs and it was handed in as abandoned at Grassy Park SAPS.

The recovered drugs are estimated at a street value R150 000.

Grassy Park SAPS Station Commander Colonel Shawn Van Wyk says police will continue clamping down on crime and the perpetrators thereof. Police will maintain their zero tolerance approach in the combating and investigation of crime. Strengthening the partnership between the community and the police is high on the agenda as it is contributing to reducing of crime and the apprehension of perpetrators thereof. He further thanked the members under his command and the respective communities in his precinct for a job well done.