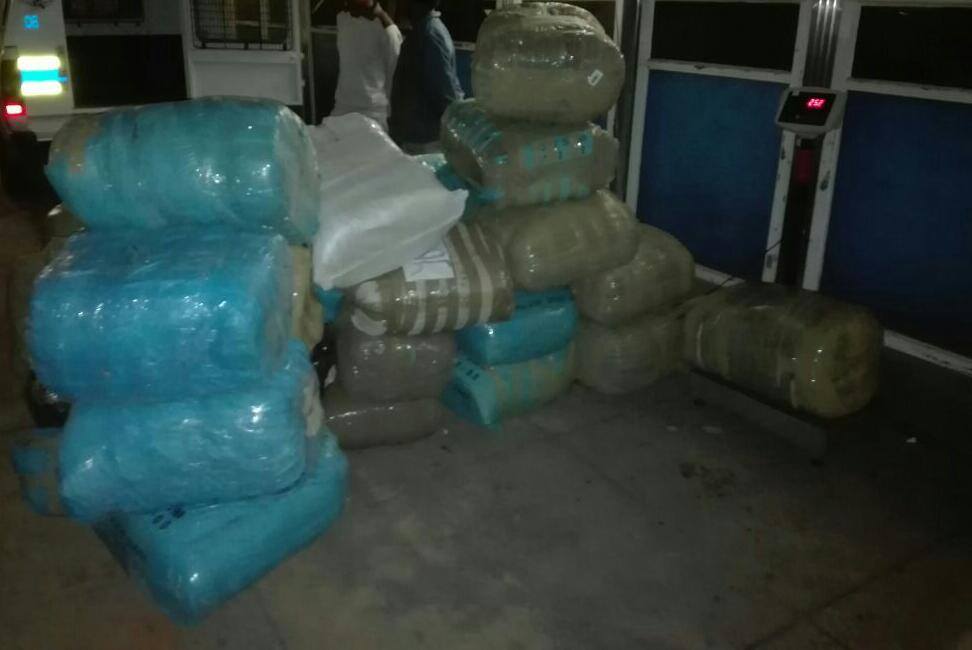 Western Cape: The vigilant Back-to Basic approach by members of the Boland K9 unit and Flying Squad to address crime has landed two suspects behind bars.

Last night the suspects aged 28 and 31 were apprehended on the N1 in Paarl for being in possession of 580 kg Dagga with an estimated street value of R85 000-00 when they raised suspicion and prompted police to search their vehicle. Once charged, the suspects will make a court appearance in Paarl on a charge of dealing in drugs.