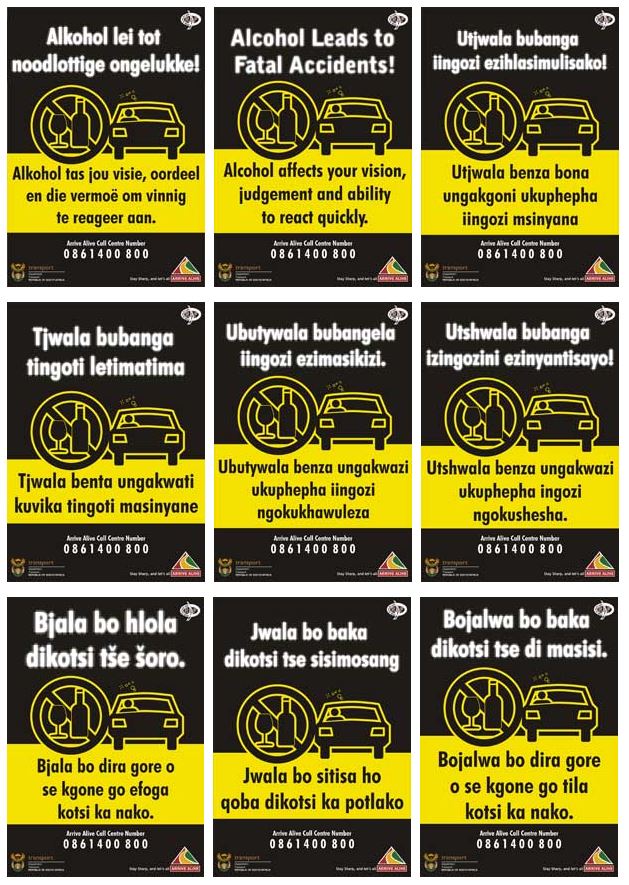 The anti-substance abuse awareness campaign and an inspection blitz by officials from the Department of Trade and Industry, (the dti), Department of Social Development, South African Police Service, and Kwazulu-Natal Liquor Board, saw five liquor outlets closed down, seventeen compliance notices issues and fines to the value of R4 000 being given to non-compliant holders. The raids started on Monday and ended on Friday.

More than forty five outlets ranging from taverns, restaurants, distributors and manufacturers were raided in Durban Central Business District, Albert Park, Inanda and KwaMashu. The raids were conducted in terms of Section 26 of the National Liquor Act of 2003 which authorises the National Liquor Authority (NLA) of the dti to conduct inspections.

According to the Chief Director of the National Liquor Authority, Ms Prea Ramdhuny, the purpose of the campaign and inspection blitz in Durban was to instil awareness among traders on responsible trading and enforce compliance to conditions of registrations.

“This festive season we had to broaden the inspections in order to include education, and create awareness around all substance abuse for the campaign to have more impact and yield results. Social workers provided support to the raids to ensure that those affected by substance abuse received the necessary interventions. Most outlets that were given compliance notices and fines failed to adhere to the stipulated conditions of their licences,” said Ramdhuny.

Ramdhuny added that Durban was targeted because it is one of the provinces with the highest rate of alcohol and drug abuse in the country. Furthermore the campaign supported the Department of Social Development (DSD) in their endeavour to reclaim Albert Park in Central Durban. Albert Park was previously known as Whoonga (nyaope) Park. Through the initiatives of DSD, the park has once again been restored as a recreational facility.

“The message we wanted to put across was for licence holders to act more responsibly and to familiarise themselves with the National Liquor Act, its regulations and norms and standards so that they can act responsibly and make informed decisions when manufacturing and distributing alcohol to patriots,” she said.

Patcher said this has led to patriots being sold liquor even when they are beyond the drinking limit and risk been taking advantaged of or being vulnerable. He said in some instances this has led to prostitution and drug dealing among the young people.

The Regional Manager for Compliance at the KwaZulu-Natal Liquor Board, Mr Vusi Mzombe, said the board always found it challenging to enforce compliance among traders especially during the festive season.

He said licenced and unlicensed premises needed to be educated and informed about the issues of liquor trading in order to make sure that there is compliance and strict regulations.

Some of the illegal products found on shelves and confiscated were fake spirits and tequilas.

87 Arrested for being over the limit on Western Cape roads