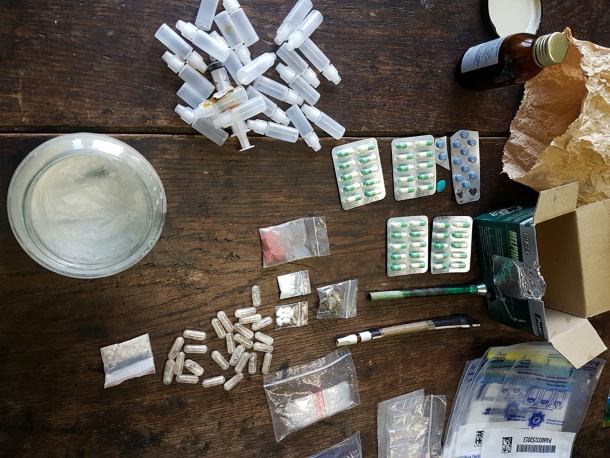 Western Cape: To reduce the levels of crime by targeting crime generators such as drugs, members of the Cape Town Cluster Task Team conducted a search operation at a flat in Sea Point which led to the discovery of a variety of drugs valued at R 205 000. Two suspects a male and a female both aged 35 were arrested and are expected to make a court appearance in Cape Town on Monday 12 June 2017, to face a charge of dealing in drugs.

Besides the cocaine, dagga and magic mushroom a number of schedule 5 prescription medication was also confiscated. We will show no mercy to drug dealers in this province and will continue with our eradication of the drug trade as a priority.