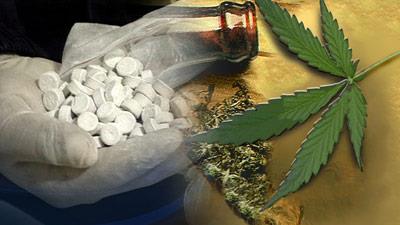 Eastern Cape: During the past week the South African Police Service (SAPS) in the Province paid special attention to the combatting of alcohol and drug abuse, which saw 452 suspects arrested for drug related crimes.

A total of 516 people were arrested for other crimes including murder, attempted murder, rape, sexual assault, assault with the intent to inflict grievous bodily harm, robbery, business robbery, malicious damage to property armed robbery, burglaries, theft of vehicles etc. Police also recovered 16 stolen vehicles and seized 24 firearms including pistols, rifles and shotguns and 405 rounds of ammunition at Qweqwe locality in Mthatha. 104 dangerous weapons were also confiscated in the province.

The Provincial Commissioner of the South African Police Service in the Eastern Cape has vowed: “For as long as young children are dependent on drugs and alcohol, our efforts to ensure a safer society will not become a reality. We must ensure that our leaders of tomorrow have a bright future and that is why we will continue engaging our learners on the dangers of substance abuse and the negative impact it has on their lives. We have also intensified our intelligence-driven operations to ensure that we confiscate these drugs and arrest the forces behind its distribution to the youth. It is also very encouraging to note the increase in the confiscations of illegal firearms circulating in our communities”.

Arrest made and drugs confiscated in Wellington

Variety of drugs confiscated in Kraaifontein and arrest made