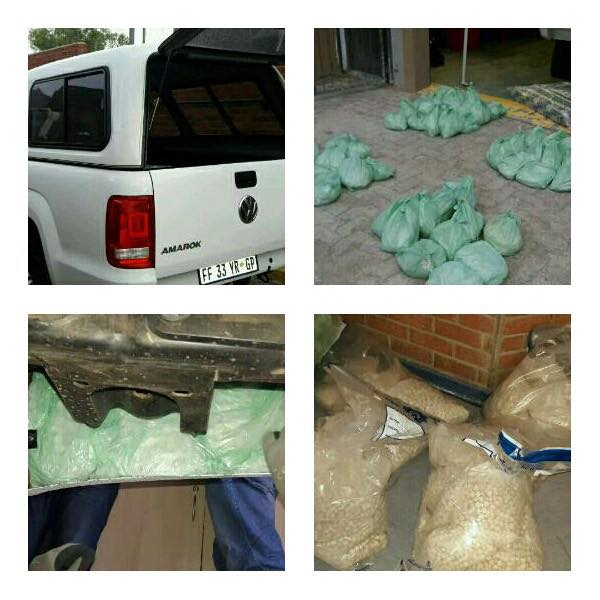 Western Cape: The vigilance of two Beaufort West Crime Prevention Unit members paid off yesterday afternoon during a vehicle checkpoint on the N1. They stopped a white LDV two males. On closer inspection, they discovered a false compartment where 54 000 mandrax tablets worth R2.7 million were hidden. The two suspects are expected to appear in the Beaufort West Magistrates court later in the week on charges of possession of drugs.

Suspects arrested for reportedly dealing in rock cocaine and cocaine powder at Point and the surrounding areas, Durban