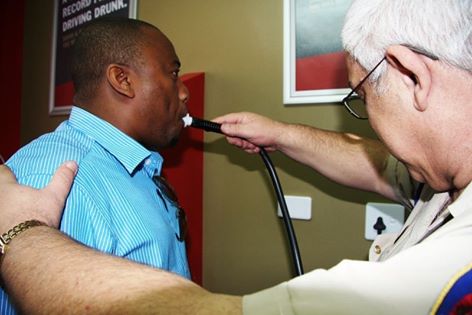 Since Monday, 15 February 2016, traffic officers have stopped a total of 17 451 vehicles in roadblocks across the province. Alcohol breath-testing was performed on 1 698 motorists. The highest breath alcohol reading was recorded in the Somerset West service area. At 0,96 mg of alcohol/ 1 000 ml of breath, this four times the legal limit of 0,24 mg/ 1 000 ml.

A total of three vehicles were impounded for being unlicensed and/ or unroadworthy. The licences of 20 vehicles were suspended until they have been certified as roadworthy and owners have renewed their vehicle licences. The largest numbers of suspended vehicles (6) was recorded in the George and Somerset West service areas.

Motorists can make themselves and others safer by not drinking and driving, by buckling up in the front and back at all times, by not using their cell phones while driving, and always remaining within the speed limit.