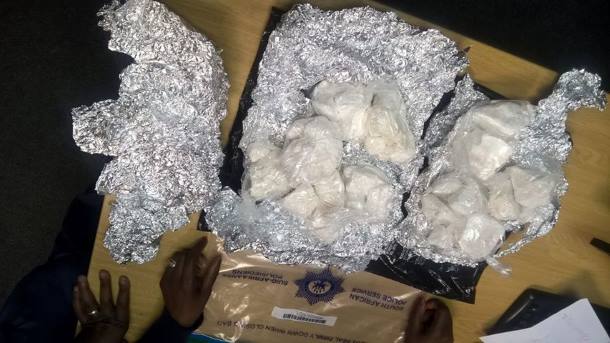 Western Cape: The vigilance of members attached to Border Policing at Cape Town International Airport landed a suspect in trouble with the law when she was arrested for being in possession of cocaine.

The 35-year-old passenger was confronted by police members who searched her luggage at domestic arrivals when ten parcels of cocaine with a combined weight of 1.1 kg were discovered. The suspect who is from Johannesburg arrived in Cape Town on Saturday, however, her luggage was delayed and only arrived on Sunday morning when she came to make the collection. She has been detained and is due to make a court appearance in Bellville once she has been charged.

Officials crack down on drunk driving in Mthatha