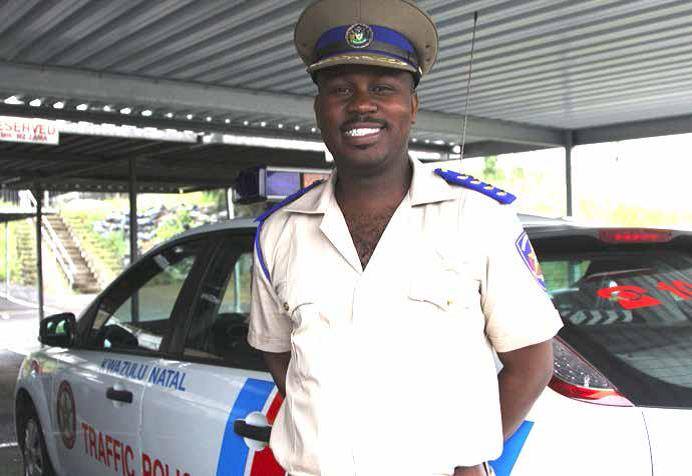 The Road Traffic Inspectorate (RTI) has welcomed the recent appointment of Thabani Mthembu who joined the department on the 1st of January as Durban’s Regional Commander.

Mthembu says he is excited and ready to steer the Durban Region RTI into the right direction.

“I am excited to be part of the Department and I am ready to do what is expected of me as the Regional Commander,” said Mthembu.

Mthembu, 35, hails from Mahlabathini in Zululand. He matriculated in 2000 at Zwelonke High School in Mhlabathini. He holds a Bachelor of Technology (B. Tech) in Road Traffic and Municipal Policing Management, Basic Traffic Officers Diploma and A Grade Diploma as Examiner of Drivers Licences, among other credentials.

Mthembu has gained considerable experience in the field of law enforcement. His law enforcement career emerged in 2003 when he was employed as a Traffic Officer and Examiner of Drivers Licences at Mtubatuba Municipality.

In 2006, he joined Dannhauser Municipality as Chief Professional Services. In 2007, he advanced to Jozini Municipality as the Manager of Public Safety and Traffic Management where he served for nine years.

During his tenure in the Jozini Municipality, he established a Traffic Department, a Drivers Licence Testing Centre as well as the municipality’s security division. In 2013, he was recognised as the Most Outstanding Employee and received an award.

Asked about his vision for the Department’s RTI, Mthembu said: “My dream is to see an accident free KwaZulu-Natal. As a unit, my team and I will intensify law enforcement and continue to serve with pride and diligence”.

Commenting on Mthembu’s appointment, RTI provincial head Victor Chetty said: “I am confident that Mthembu will add value to the Department. He has gained vast experience over the years and that will assist him to serve with excellence. He is responsible for commanding seven stations and ensuring the reduction of fatalities on the province’s road network.”