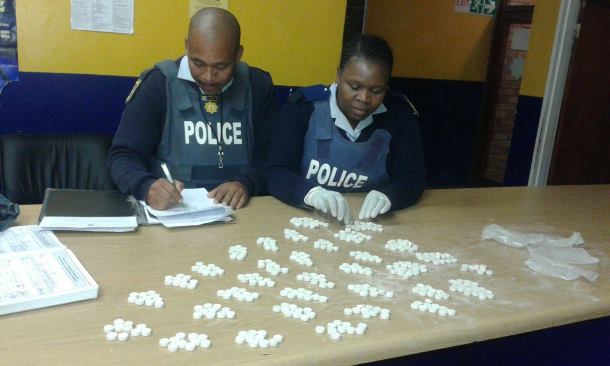 Eastern Cape: The use of drugs plays a large role as a generator of violent crimes. In order to reduce crime in our community, SAPS strategies and places focus on the sale and dealing of drugs.

Two members of Paterson Police Station were on routine patrol along the N10 road when they spotted two very nervous looking young females standing at a popular hiking spot.

A female member proceeded to search the two persons and found 400 mandrax tablets in their possession. The two suspects, aged 17 and 18 were arrested. The 17-year-old was released in the custody of her parents while the 18-year-old will appear before the Alexandria Magistrates Court tomorrow on a charge of dealing in mandrax.

Two arrests for possession of drugs in Mitchell’s Plain