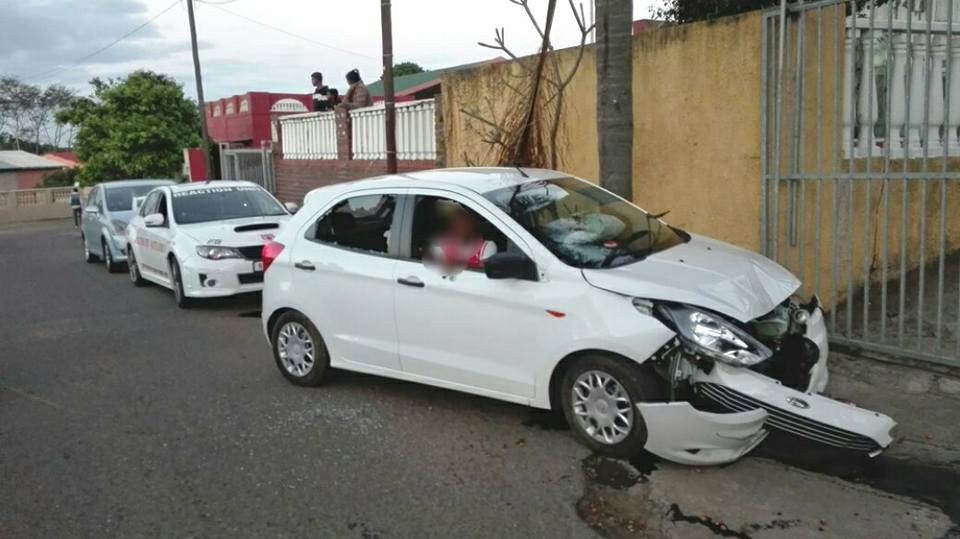 A 28 year old Indian male was apprehended by members of Reaction Unit South Africa after he fled the scene of an accident on Cretemore Road in Stanmore, Phoenix.

Reaction Officers were dispatched to the scene after receiving a call from a member of public reporting the accident. The caller stated that the driver had fled the scene and provided a clothing description of him.

While responding to the call Reaction Officers spotted the driver making his getaway on foot. Officers apprehended and restrained the intoxicated man.

It was established the while travelling on Cretemore the man lost control of his Ford Figo while cornering a sharp bend. The vehicle left it’s path of travel, climbed a high pavement and knocked into a tree.

The driver was not injured however his vehicle was extensively damaged.