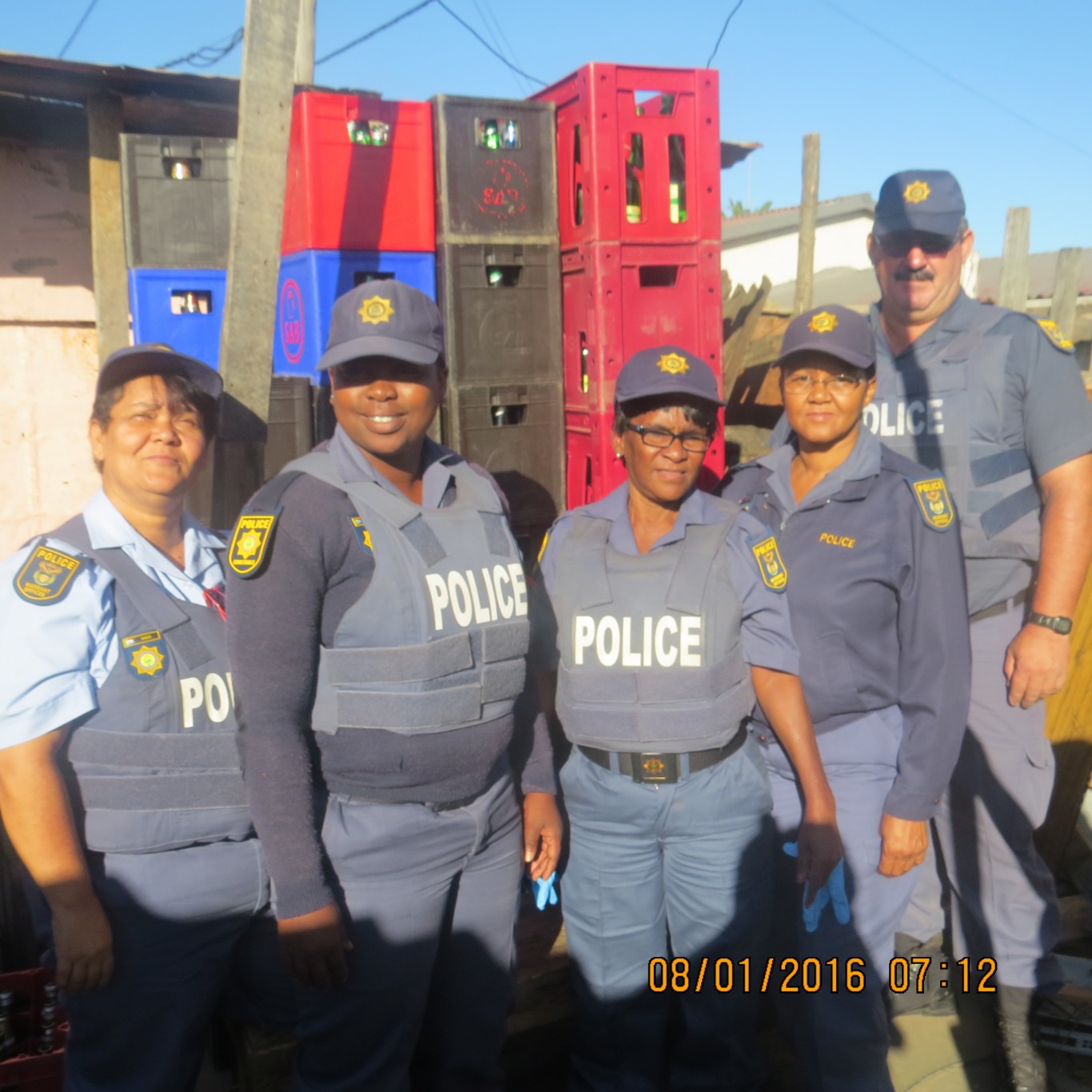 Illegal and unsafe liquor seized and arrest made at illegal shebeen

KING WILLIAM’S TOWN- The South African Police Service operation held in KwaNobuhle seized 210 litres of liquor valued over R 7 000-00 from a shebeen. A total of 700 litres of concoction were also destroyed from three houses found brewing a vile concoction. A shebeen owner was fined for operating a tavern without a licence.

The operation was planned after information was received from residents of certain houses in KwaNobuhle operating either as concoction brewers or illegal taverns, and it started on 08 January 2015 at 5am until 13:00. Three houses were found with a vile concoction, and included in those houses was a shebeen in Huna Road, where 210 litres of liquor was seized valued over R 7 000 and also destroyed 400 litres of concoction from the same shebeen. A 51-year-old man was fined for operating a tavern without a licence. It is heart-pleasing to see residents getting involved in fighting illegal liquor outlets, as most houses identified were not known by the police to be brewing concoction in KwaNobuhle.