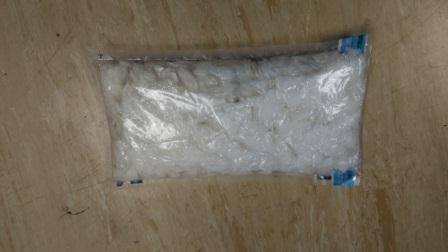 Suspect arrested in possession of 1000 packets containing 1 gram of tik.

On Monday, 24 October 2016 at about 15:30, Lentegeur Crime Prevention Unit were busy doing the stop and search operations in Aloe Street, Lentegeur when they noticed a suspicious person in the street carrying a green bag.

The suspect started running away from the police as he realised they are trying to stop him. Members chased after the suspect and caught him in possession of 1000 packets containing 1 gram of tik.

The 28-year-old suspect will appear in the Mitchells Plain Magistrate Court today on a charge of possession of drugs.