BREAKING NEWS
GMT+2 11:29
HomeDrugsArrest made and drugs confiscated in Wellington 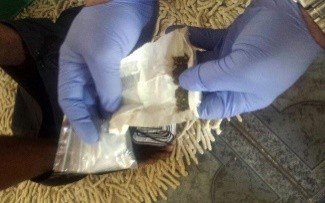 Arrest made and drugs confiscated in Wellington

The Hawks’ Firearms and Narcotics Bureau Unit arrested a 36 year-old suspect on Wednesday morning for possession of drugs and ammunition following an execution of a search and seizure warrant at a property in Wellington.

Five hundred (500) units of Mandrax tablets, 250g of Tik with a combined estimated street value of over R100 000, as well as over 130 live rifle ammunition (high velocity) were seized.

The suspect is expected to appear in the Wellington Magistrate’s Court on Friday to face charges relating to drug dealing as well as unlawful possession of ammunition. 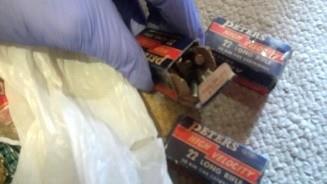